Sports and recreational facilities for children and young people, what do you think? 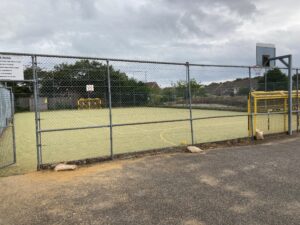 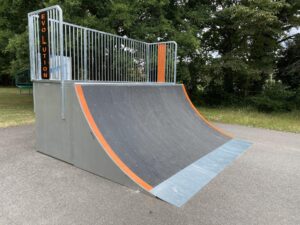 Tregony with Cuby Parish Council is looking into the possibility of providing better sport and recreational facilities for children and young people within the parish. The parish council has received a petition asking for the provision of skateboarding facilities. Some people have asked about the possible provision of a tennis court or an all weather sports surface.

We have looked at facilities that exist in some other villages in the area and considered what might be feasible in Tregony. For example, there are tennis courts in Veryan; there is a single tennis court in Coombe. Probus and Grampound Road have what are known as multi-use games areas (MUGA) – a caged area with a resilient surface where tennis, football, netball or basketball can be played. Probus also has a skateboard ramp; Summercourt has a number of skateboard ramps and jumps.

The parish council has money in its reserves and some of this could possibly be released for a suitable project. However, it is likely that the cost of a suitable facility would be such that a large element of external funding would need to be found.

The parish council’s provisional view is that it would like to develop an outline of a specific proposal, obtain preliminary costings and develop a business case that could be presented to potential funders. Initially, we would concentrate on one option, rather than try to develop a number of projects at the same time. If we are successful with the first project, we can then look at further projects in due course. We think that the initial choice is between a MUGA or a skateboard park (one or more ramps).

We are now seeking the views of local residents to see which would be the preferred option to take forward. We want to hear from people of all ages – adults and children.

Please tell us what sort of facilities you think would be most popular with users. Where do you currently go to take part in these sort of activities? What age range of children and young people should we be aiming at? Where should the facilities be located? Would you be interested in getting involved in the team developing the project? Would you be willing to help with the running of the facility if it is built? And so on.

We have set up an online survey using a system known as Survey Monkey. Follow this link to complete the survey.

The closing date for responses to the survey is 15 October. After we have received and analysed the responses, a report will be brought to the parish council meeting on 8 November with a proposal for what is to be done next.

The Church Hall has published updated information on when it is open to serve as a Warm Hub for local residents. See Warm Hub Feb 2023

Royal Cornwall Hospitals NHS Trust has launched a Patient Leader Programme.  They are aiming to put the voice of patients, carers and families at the heart of everything that they do and to work in partnership with people and communities.  Volunteer Patient Leaders...

Christmas trees left on the Giggan

It has become the practice over the past few years for some local residents to leave their redundant Christmas trees on the Giggan in January and Cornwall Council waste collection service has picked them up from there. However, this year, the Council announced that it...